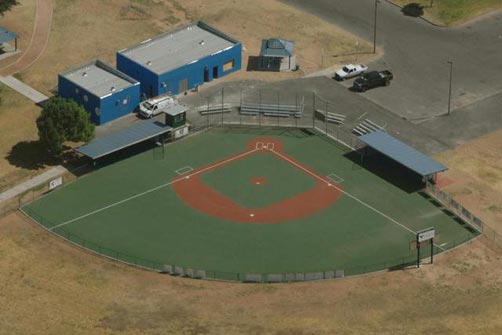 In the summer of 2005 the City of El Paso’s Parks and Recreation Advisory Board agreed to allow the Miracle League of El Paso to lease an existing field at Ponder Park and renovate it, to allow for use by children with disabilities. That was the first step towards a bigger dream of providing all persons with disabilities in El Paso and the surrounding area the opportunity to play on a real baseball field, side by side with their able-bodied peers. On December 6, 2005, the City Council unanimously approved our request to lease the field and make some dramatic renovations to provide accessibility for our children with disabilities.

At the beginning of January, 2006, Kinder Morgan Energy Partners and the Mayor of El Paso joined together to start the fundraising campaign for the specially designed field of the Miracle League of El Paso. In the months following the press conference held by the Mayor and Dave Cornman with Kinder Morgan, the community came forward to help provide a specially designed turf which will allow for a level playing field for our children. The League’s vision for the Ponder Park field is accessible restrooms, specially designed dugouts for players and their buddies, field lighting, a concession stand and a private family room. We want to place an electronic scoreboard that names our sponsors and benefactors on a continuous basis. The price tag for this venture is high, taking into account the cost for the seamless turf. It is estimated to be around $900,000 to build the Field of Miracles. Just the Mayor’s Miracle Challenge brought in $61,756.12 with the initial contribution coming from Kinder Morgan Energy Partners. In May, 2006, the Junior League of El Paso Inc. partnered with the Miracle League to bring the Field of Miracles to reality. Since then jointly, we have raised over $1,000,000 through donations, grants and fundraising to break ground January, 2008. The grand opening of the renovated field and newly constructed surroundings was April, 2008. We have been playing there ever since, two times a year, for a spring season and a fall season. Other activities that use the field and complex are soccer, kickball, and beep baseball at different times throughout the year. We thank the community for their continued support.